The precursor formation of The Judo Club Sirmium was at first a judo section named TECHNOLOGIST, and registered in 1995. The club has grown and changed its name to Judo club SIRMIUM, which still bears that name.

In 1962 and 1963 a group of young people, who learned basic techniques of judo, taught in secondary school in Belgrade, decided to “plant a seed” in Sremska Mitrovica. Soon they formed a judo section within the Physical Education. Although they had a good will and enough skills, there weren’t even basic equipment and facilities (mats, kimonos), which has greatly interfered with efforts to make judo sport popular in this midst. Also, among those aforementioned youth nobody had enough authority, or perhaps courage and perseverance to start the judo section. However, in 1966 a group of young people, enthusiasts from the Technological high school established a judo section in Sremska Mitrovica.

Physical education teacher Veljko Korunić, who learned the basics of judo at the Faculty of Physical Education (in the course of combat-judo) quickly made an agreement with the founders of the section and so it all started. At the very beginning the judo section was named ’Technologist’ considering that the activity took place in the technological school. 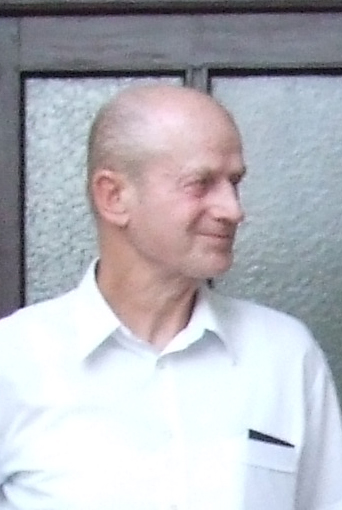 The first training had begun at a former chemical laboratory. The room was quite small, with a floor that was made of ceramic tiles, with insufficient ventilation and other necessary facilities, such as locker rooms, bathrooms and toilets. Also, athletes trained in most cases in inadequate equipment.

At the very begining the Judo section Technologist chose its presidency. For the President was elected professor of mathematics Ljubisa Kakašić. The efforts of the Presidency of the section were directed to meet the relevant requirements in order to register as a sports club. The first and biggest reason to register as a club was the fact that the athletes could not compete as a section in the official competition system. As a sports club they were able to join the Union of Organizations of Physical Culture (SOFK), and therefore be included in the funding system. While the Presidency made efforts to register as a club (Association of citizens) the overall activity of the club financially helped Technology High School and the parents of athletes who have trained.

Although at that time was already established Judo Committee of Vojvodina, in the words of Veljko Korunić, there was a very little interest in terms of professional help of coaches and club management in solving problems. For that reason, the club is more at the outset relied on professional assistance by a judo expert from Belgrade, primarily from Vuk Rašovića.

After two years the judo section Technologist finally managed to register on the 11th of December 1968 as the judo club Tehnologist. Important people next to Veljko Korunić and Ljubiže Kakašića as founders of the club were Predrag Stankov and Vasily Ivanovich. For the first President of the club was elected Vasily Ivanovich and the coach was Veljko Korunić, a P.E. teacher.

After a serious car accident, which occurred in 1971, coach Veljko Korunić could not physically actively to lead the training process. It certainly reflected in the quality of work in the club, and the presidency of the club had to find replacement. Dančo Cvetanovski continued very high quality work after Veljko Korunić.

In the mid seventies the High School ’Pane Đukić’ from Sremska Kamenica has already begun to fabricate police officers who were very well-trained in martial arts. Within a school was established a judo section, which had very skilled judoists. After graduation a larger number of police officers went to work in different parts of the former Yugoslavia. Thanks to that fact Bogdan Jovetić and Velimir Vukolić came to Sremska Mitrovica. With those two well-trained judo athletes in Mitrovica bigan  a further development of the club. Soon they opened a new judo section in Jarak, with Stanislav Kozenko as a coach. Judo sections were soon established in the Penitentiary in Sremska Mitrovica, with Jova Zivanovicas a coach, in Elementary School ’Slobodan Bajić-Paja’ with Bora Berendika and Bogdan Jovetić, in Radenković with Drasko Šarenac. A little later in Laćarak with Bogdan Jovetić.

The first 25 years the practice was held in rented gyms at different schools. Decision of the Assembly of Sremska Mitrovica, Judo club Technologist finally gets its own place in 1993. In 1995 the club changed the name to Judo club Sirmium, which still bears itsh name.

In 1981 the club won first place in the Team Championship of Vojvodina, which qualifies as a representative of Vojvodina in the qualification for the first division of Yugoslavia. The members of this team were: Zoran Zivanovic, Velimir Vukolić, Zdenko Bujanović, Stanislav Kozenko, Jovan Vukajlović, Dragan Markičević, Šućak Bora, Bora Berendika, Branislav Matić, 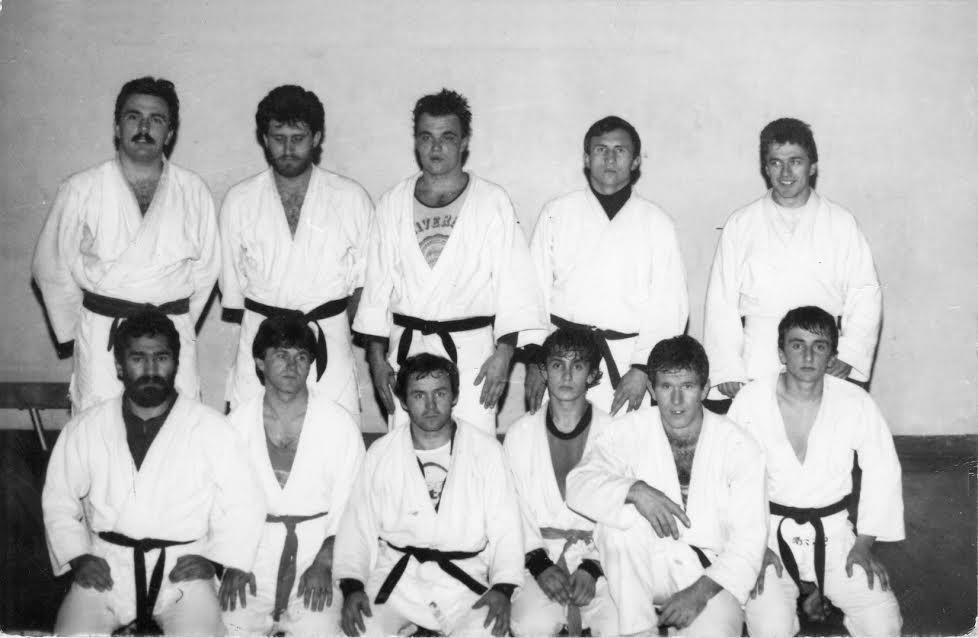 The greatest success for the women’s team was the third place in the championship in 1990. The athletes were: Zeljka Aladžić, Dragana Lukic, Jelena Tanasijević, Biljana Balaj, Jadranka Milovac, Jelena Boric, Branislava Garunović and Marija Sokolovic. 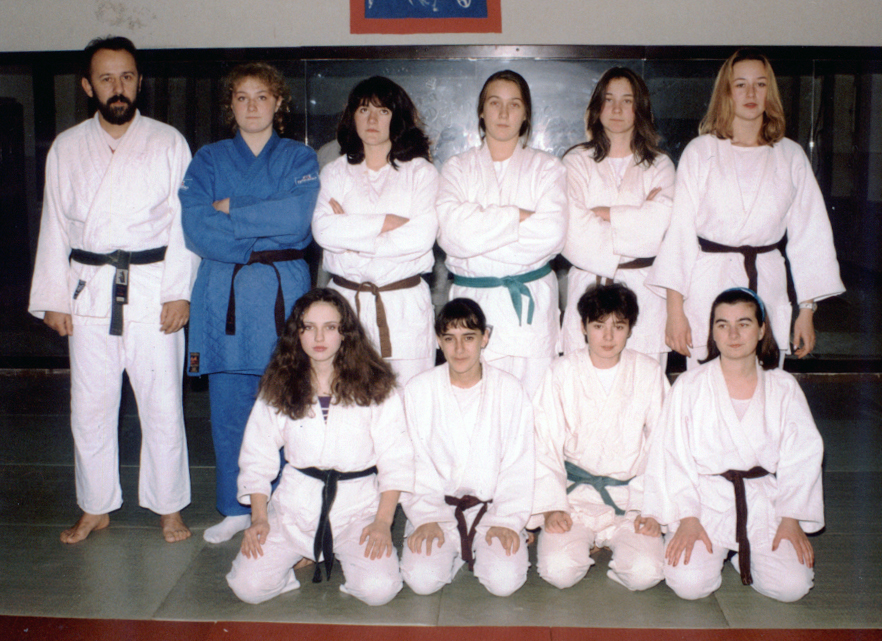 Those born in 1985/86 was the most succesful generation who in 2007 competed in the first league of Serbia. Unfortunately after two years, due to financial difficulties, they had to withdraw from this level of competition. Here are the names of the competitors: Nenad Vukolić,Nikola Zeljković, Bojan Krstić, Cvetan Mihajlović, Nenad Rusin, Bogdan Trubić, Ile Trubić,Nenad Todić, Radovan Todorović , Milivoje Todorović,Borislav Matić, Aleksandar Petrović Damir Cingel, Marko Jelisavac 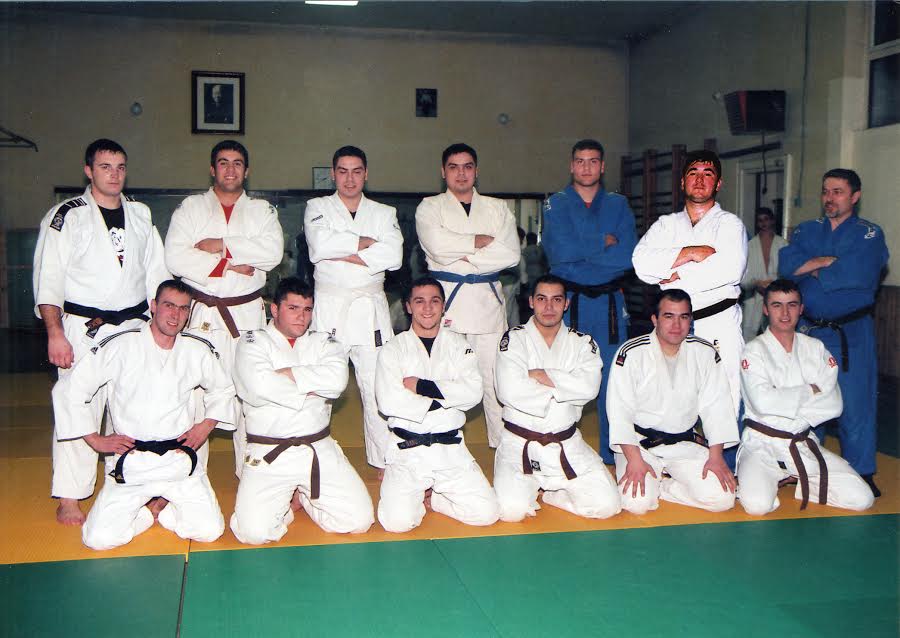 In 1986 there was an international turnament for the youth held in Sremska Mitrovica. The tournament. Because of a good connection with the Japanese Embassy, they were of a great support to that tournament. 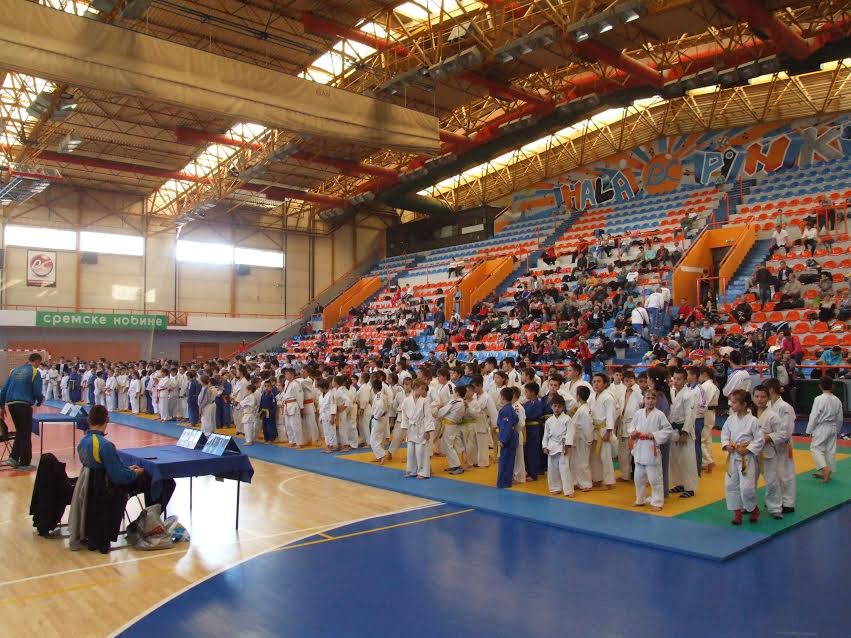 Federal judges from the club were Vasily Ivanovich and Veljko Korunić. Provincial judge was Nikola Zeljković.

Former presidents of the club were: